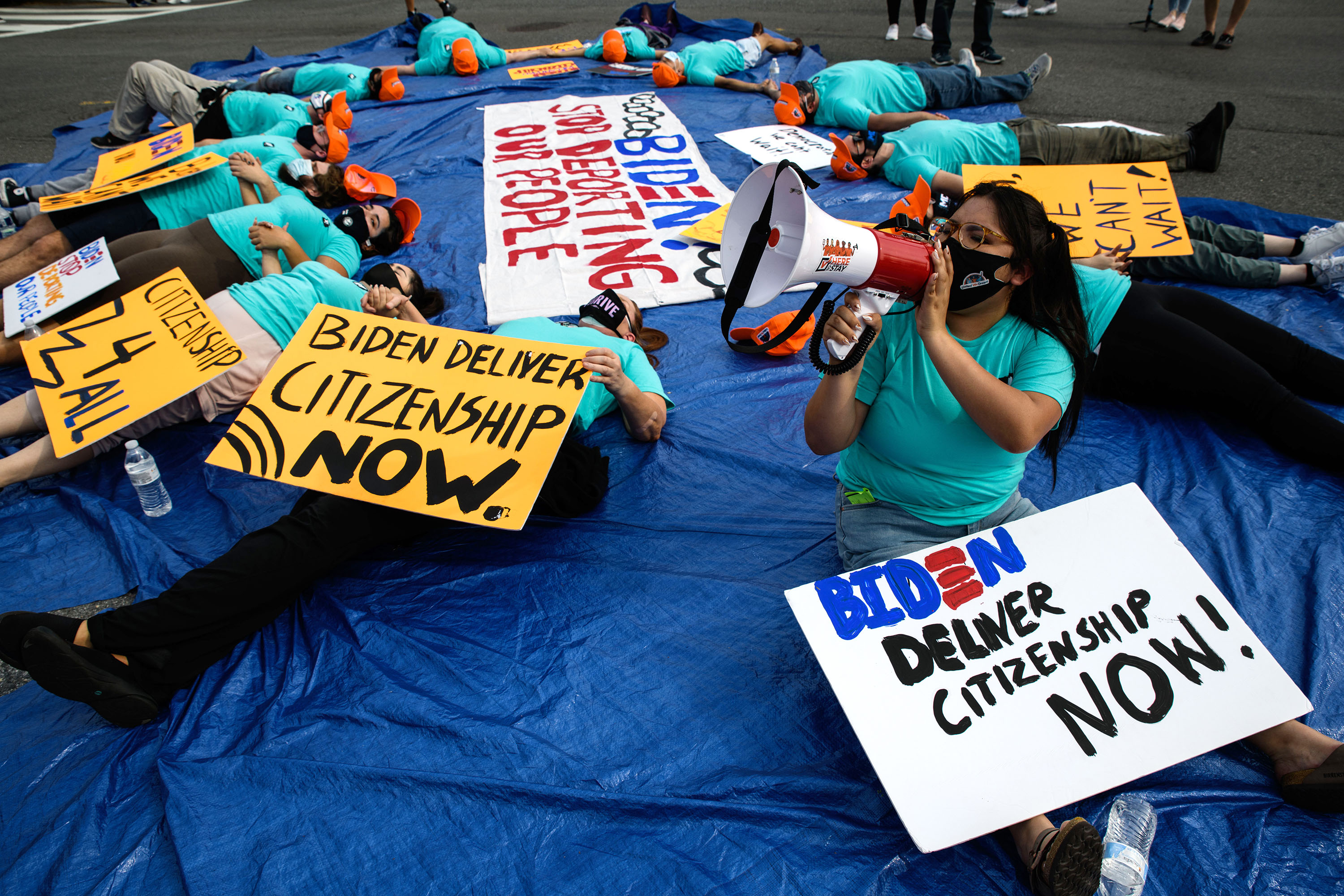 A federal judge in Texas ruled Friday that Deferred Action for Childhood Arrivals, a program that allows certain immigrants to temporarily avoid deportation and receive renewable work permits, is illegal and ordered the Biden administration to stop granting new applications.

recipients and others who have relied upon this program for almost a decade,” Hanen’s order says. “That reliance has not diminished and may, in fact, have increased over time.”

The ruling stems from a 2018 lawsuit filed by Texas Attorney General Ken Paxton and eight other states against the federal argument. The complaint argues that Texas and the other states face irreparable harm because they bear extra costs from providing health care, education and law enforcement protection to DACA recipients.

In 2012, the Obama administration created the program to allow immigrants who were brought to the country illegally to be able to temporarily avoid deportation, work legally and pay taxes.

Hanen said the Obama administration did not use the right legal procedure to create the program, making it illegal.

The program has survived previous court rulings. But the Trump administration had put an end to the program before a U.S. Supreme Court ruling a year ago allowed the federal government to continue it.

The latest ruling will prevent the approval of at least 50,000 new DACA applicants nationwide who applied earlier this year but were not approved before Friday’s ruling, based on USCIS statistics.

While the order doesn’t affect current DACA recipients it does raise a lot of questions about their future, said Cinthya Zapata, a 24-year-old DACA recipient.

Zapata, who has lived in Austin since her family immigrated from Mexico when she was 2 years old, said the program has been able to help her pursue education and work opportunities but “it’s a tumultuous experience.”

“I find it incredibly disheartening how often the program has been up for debate. It’s news like this that prevents me from remaining optimistic,” Zapata said. “It makes me angry to think about the number of DACA recipients who are contributing to society but it seems to be irrelevant to people who are anti-DACA. It’s like at what point is this going to stop?”

Zapata is a bartender and waitress at Chuy’s, a Mexican chain restaurant, and will graduate with a degree in social work with a minor in criminal justice. She said she plans to go to law school. But her lack of citizenship status has made her doubt her academic ambitions, she said.

“I know that I can pursue that, but being a first-generation college student and not having a family from that background, it can be a bit discouraging,” she said.

Andrea Anaya, member of United We Dream, an immigrant-led advocacy group, said she applied for DACA earlier this year but has not been approved. It’s unlikely her application will be approved now, she said.

“Today’s ruling means I continue to be exposed to the threat of deportation and don’t know if my DACA application will ever be approved,” she said. “I shouldn’t have to fight to prove that my life and my existence matter.”

RAICES, a nonprofit organization in Texas that provides legal services to immigrants, also criticized Hanen’s ruling and it demanded that Congress find a longterm solution such as a pathway to citizenship for undocumented immigrants and DACA recipients

“This decision will spread fear and confusion throughout our workforce and our community, a community that has already been devastated by the impact of COVID-19, xenophobia, and the decision-making paralysis in Congress.”

“Judge Hanen’s rash decision reiterates the immediate need for Congress and the Biden administration to keep their promise and create a pathway to citizenship for all undocumented people in the United States,” the group said in a statement.

Xiao Wang, CEO of Boundless Immigration, a technology company in Seattle that helps immigrants navigate the immigration system, said the latest ruling will put certain people in “the purgatory of immigration.”

“I hope this news will encourage and accelerate Congress to find a long term solution,” he said.