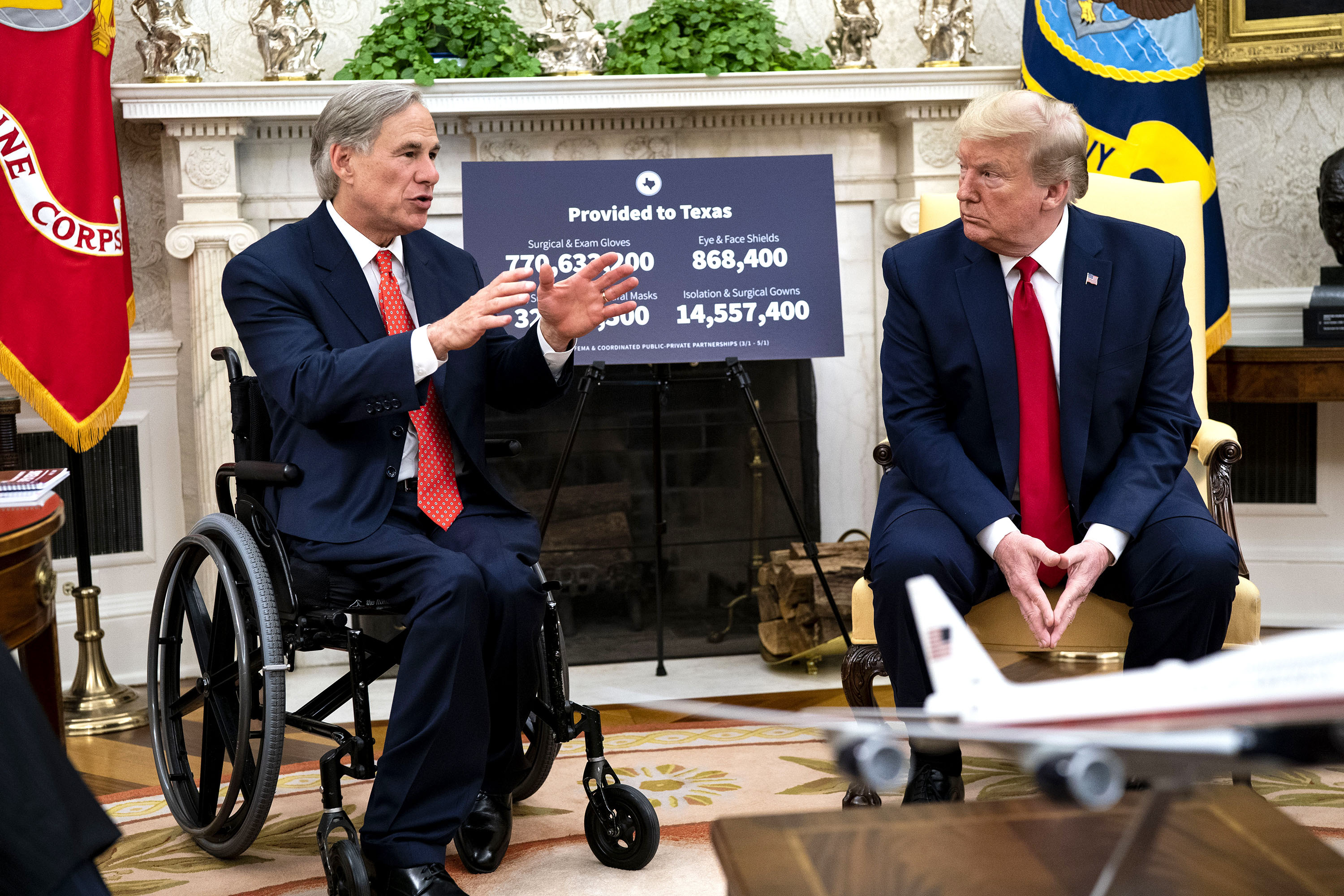 Analysis: On the border with Trump, Abbott and an enthusiastic GOP base

Analysis: On the border with Trump, Abbott and an enthusiastic GOP base

By Jim Henson and Joshua Blank, The Texas Tribune

"Analysis: On the border with Trump, Abbott and an enthusiastic GOP base" was first published by The Texas Tribune, a nonprofit, nonpartisan media organization that informs Texans — and engages with them — about public policy, politics, government and statewide issues.

Former president Donald Trump’s return to Texas this week will no doubt find him reveling in Gov. Greg Abbott’s plans to build a wall on the state’s border with Mexico as a tribute to his own incomplete effort.

But results from the latest University of Texas/Texas Tribune Poll provide the latest in a long string of public opinion data illustrating that Abbott’s proposal taps into a lasting preoccupation with immigration and border security among Texas Republican voters. That preoccupation has proven resilient even through the last 18 months of recurring crises in public health and energy — and it predates Donald Trump’s political rise.

It’s not surprising that the latest poll results find a broad audience within the Republican Party for Abbott’s barrier initiative and the harsh rhetoric that he is using to market it. Data from the last few months also illustrate how the most likely political obstacles to Abbott’s play for the wall — fiscal restraint among conservatives in his party — is being outweighed by the urgency Republicans attach to staunching the flow of immigrants across the border and reducing the presence of immigrants already in the U.S.

The pandemic that has killed at least 600,000 Americans, including more than 52,000 Texans, caused only a passing, slight dip in GOP voters’ focus on strengthening the U.S. border. That’s a testament to the durability of the perception of these problems in the Republican zeitgeist.

Immigration and foreign affairs belong to the federal government, but Texas Republicans clearly view it as a state problem. In the same June poll finding that 59% of GOP voters considered immigration or border security the state’s top issues, only 25% called those the most important issues facing the country.

These survey items reveal a large degree of consensus among Texas Republicans on the importance of the problem and, in turn, a political rationale for the attention many Republican officials continue to devote to the topic. The results are less useful guides to attitudes toward actual policy, but offer important signals that a majority of Republican voters are open to almost anything that limits or punishes immigration, especially, though not exclusively, illegal immigration.

We’ve written about this recently, but in short: (1) In April polling, GOP voters prioritized border security when asked about what the state Legislature should be addressing; (2) they tend to see the state’s increasing racial and ethnic diversity as a cause for concern rather than for optimism; (3) results of multiple polls confirm that they overwhelmingly agree that all undocumented immigrants should be deported immediately; (4) Republican voters have also repeatedly viewed the current volume of legal immigration as excessive; and (5) 61% said that the state spends too little on border security in polling conducted at the beginning of the legislative session, providing a basis for the current rhetorical and potential policy shift at the state level. And of course, they overwhelmingly and enthusiastically supported Trump’s earlier calls to build a wall.

One might think that Texas Republicans famed fiscal stinginess might make them reluctant to pick up the tab for a border wall. But it turns out that their concerns about, as Abbott put it, “the carnage that is being caused by the people who are coming across the border,” outweighs their desire to keep expenditures down. Even before Abbott reignited fantasies about a Great Wall, Texas Republicans were willing to spend their hard-earned tax dollars on border security. The biennial budget passed by the Legislature included, with the enthusiastic support of Republican statewide leaders, a billion-dollar appropriation for border security, without much of a peep from the so-called fiscal conservatives there. Should Abbott’s wall initiative move beyond initial gestures (like the emergency appropriation of the $250 million from the budget of the state Department of Criminal Justice), it will take a lot more than $1 billion to fulfill his promise. Right now, both Abbott and his voters seem willing to cross that bridge when they come to it.

The former president and the current governor, with their future ambitions, have an interest in embracing the narrative that Texas is being forced to take action by the Biden administration's failure to solve structural problems along the border that have frustrated the efforts of several presidents, including the last one. The problems are real. So, too, are the political incentives to cater to the nativism in the GOP, which past Texas governors have striven to keep at politically manageable simmer, but which Trump raised to a roiling boil.

Trump’s visit and Abbott’s embrace of wall-building suit the governor and his political allies as short-term political strategy focused on the 2022 primary — and, of course, suit Trump’s megalomania and ambitions. But in the longer term, the strategy is fraught with the practical difficulties that have always plagued attempts to blockade the U.S.-Mexico border, and the question of whether there is any barrier — real or imagined — that can satisfy the impulses of the GOP base.

Disclosure: The University of Texas at Austin has been a financial supporter of The Texas Tribune, a nonprofit, nonpartisan news organization that is funded in part by donations from members, foundations and corporate sponsors. Financial supporters play no role in the Tribune’s journalism. Find a complete list of them here.

This article originally appeared in The Texas Tribune at https://www.texastribune.org/2021/06/30/donald-trump-greg-abbott-border-wall/.